We are the children of God. We were predestined to be called His children, the children of the Most Holy High God, Lord Jesus Christ. Oh! what a privilege it is to be the sons and daughters of the Living God. We were predestined to have a bright and glorious future, even while we are living on this, for God says in Jeremiah 29:11, "For I know the plans that I have made for you, that they are for your prosperity, wealth, kindness and honour and not for your destruction, shame and poverty, that you may have a future and a hope". So King David having enjoyed the goodness of the Lord all throughout his life says in Psalm 23:6, "Surely goodness and kindness shall follow me all the days of my life and I shall dwell in the house of God forever". Oh what experience King David must have had, just imagine he was literarily in the House of God all the days of his life. It was as though God's goodness and kindness were following him wherever he went. This is true of every child of God. Because King David further says in Psalm 91:10-12 ,"No evil shall befall you nor shall affliction come near your tent, for to His angels He has given His command to guard you in all your ways, upon their hands they shall bear you up in their hands, lest you dash your foot against a stone". Oh what a thought, the angels coming down from heaven to bear you up in their hands, and I should add cozy hands. Just imagine God takes care of His children in such a beautiful way. Again, God demonstrates His care for His children by comparing His care for the birds of the air, by saying that,"Look at the birds of the air, they sow not neither do they reap, yet their heavenly Father feeds them. and are you not much better than they," in Matthews 6:26. 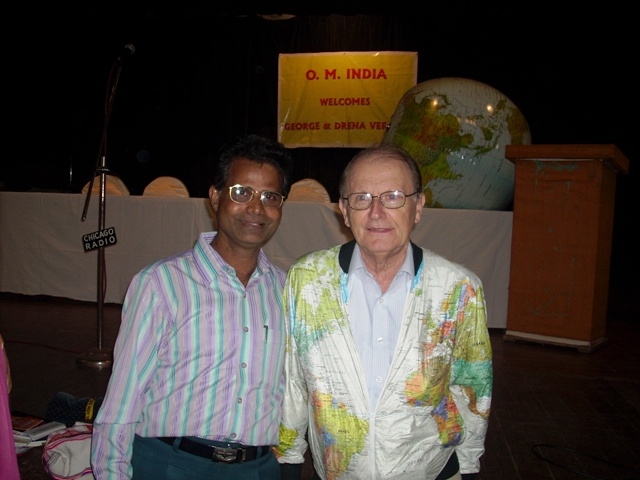 Material wealth doesn't make us happy
Listen to some of the wealthiest people of their day:

"The care of $200 million is enough to kill anyone. There is no pleasure in it." W.H.Vanderbilt

"I am the most miserable man on earth." John Jacob Astor

"I have made many millions, but they have brought me no happiness."      John D. Rockefeller

"I was happier when doing a mechanic's job." Henry Ford


That's what Paul told the Corinthians, encouraging them to give to the needy in Jerusalem:
At the present time your plenty will supply what they need, so that in turn their plenty will supply what you need. Then there will be equality, as it is written: " He who gathered much did not have too much, and he who gathered little did not have too little. "                      (2 Corinthians 8: 14-15)
This page is devoted  to present to you some of my collections of expositions on the Word of God. So the very first of my favorite  expository preaching is taken from the Apostle Paul letter to Titus (New Testament).

The background of Titus:

We are introduced to Titus in the following letters:

Second Corinthians, Galatians, and Second Timothy, because that's where his name appears.
Titus was Apostle Paul's closest and most trusted friends. In Titus 1:1, Paul addresses Titus as
" my true son in our common faith ".
Crete, where Titus was sent on a mission by Paul, happened to be a tough place, therefore, we can conclude that Titus was a competent leader and pastor.
Chronologically we first meet Paul in Galatians 2: 1-5, in the context of baptism of the gentiles without having to undergo circumcision. Paul's approach about the Gospel of Salvation by grace through faith alone, therefore, he took Titus with him as prime exhibit of gentile convert. Galatians 2:3, Titus not compelled to be circumcised. Moreover, we see both Paul and Titus, get ready to go to the gentiles(Gal. 2:9 NIV).
Just like the Church at Corinth was a wild bunch and gave Paul more cause for concern and anger. So also is the Church at Crete and whenever Paul wanted someone to do a tough job, he called on Titus.So now, Paul writes to Titus, who is on a special assignment to Crete, to bring some order and direction to the Churches there.
Titus was Paul's one of the most trusted and capable ambassadors.

TRUTH IS IN ORDER TO GOODNESS
Titus 1:5... Titus' assignment to " set in order the things that are lacking, and appoint elders in every city as I commanded you."
Here we see an emphasis upon relationship of practice to polity (adj. showing consideration for others in manners, speech etc, refined), behavior to belief and conduct to creed. We see that there is an inseparable connection between faith and practice, truth and duty.
"This is a faithful saying, and these things I want you to affirm constantly, that those who have believed in God should be careful to maintain good works" (Gal.3:8).

The inseparable relationship of doctrine and good works is the basis of the entire letter.

IN TITUS, Paul calls us to sound doctrine that expresses itself continually in good works. This letter is written while Paul is on a journey which has included a brief stay on the large island of Crete before it's continuation to Greece and Macedonia. Since there is no place in Luke's narrative in Acts of the Apostles for such a journey, ti seems best to assume that Paul was released from the imprisonment with which Acts closes, enabling him to travel for awhile before being imprisoned again in Rome prior to his execution. If this was the case, this letter to Titus was probably written between the first and second letters to Timothy.
As we read in the very first verse of the opening chapter ... faith of God's elect. " The faith "
is the standard of measurement by which the Cretans were to measure and evaluate their life.

TRUTH IS " ACCORDING TO GODLINESS " ( Verse 3 )
Doctrine becomes deadly when it is divorced from godly living. Truth must produce goodness, or it is not truth.
Godliness consists of expressions in everyday living of the character of God. If God is love, godliness consists of loving in word and in deed. If God is mercy, godliness consists of being merciful. If God is patient and kind, godliness is expressed through patience and kindness. Godliness is the natural flow of a life in a relationship with Jesus Christ. TRUTH IS LINKED WITH GODLINESS.
No organization can rise higher than the quality of it's leadership. The church in Crete must have been suffering from a lack of quality leadership, because Paul had placed Titus there to lead them toward a life that would be a faithful expression of the doctrinal standards.
The quality of the leadership determines the quality of the life of the congregation. The essential role of the Pastor (Titus) is to develop leadership (elders). The goal is to find the people who measure up to the standards rather than to shape the standards to fit the people.
And how is this done? By intentional identification, cultivation, and training of true leaders in the church. The Pastor who doesn't make time for this kind of activity is doomed to mediocrity. Ignoring this area of pastoral leadership is as disastrous to a church as is neglecting research and development to a business.
Pastors and lay leaders must place a high priority in identifying and training those folks who will measure up to high standards of commitment and leadership.

SOUND DOCTRINE : Titus 1:9 ( also stressed upon in 1 Timothy 3 )
The exemplary life of the elder is a product of sound doctrine. We simply cannot emphasize either practice or doctrine at the expense  of the other. The assignment
given to Titus was not only to develop strong leaders, but also to " set in order the things that are lacking " ( Titus 1:5 ). While leadership development is crucial, so is the confrontation with false teachers.
Same problems of Titus 1:10 - 2:1 are present in and among churches today, even though they may not exist in the exact forms they had taken in Crete. These rebellious and unruly people were: That they were Jewish converts insisting on the preservation of circumcision is clearly stated. How many teachers have you heard, who are insisting that in order to be a Christian, you have to practice or avoid doing certain things? How many teachers have you heard who insist that their particular doctrinal fine point is "essential" to the Gospel?
Titus 1:11(KJV) filthy lucre about which we also read in 1Timothy 6:10, " the love of money is a root of all kinds of evil." Are you aware of teachers and leaders whose very teaching is upsetting and ruining whole households? Radio & Television ministries sometime tend to be misleading . The words that Paul uses in verse 10 to describe the false teachers have timeless and universal application.
They are " insubordinate " (Titus 1:10) which is to say they are disobedient and undisciplined. A mark of false teachers in every age is their unwillingness to be under discipline. The false teachers were also described as "idle talkers." We are moving from an industrial to an informational society. We have developed the capabilities of instant and unlimited communication on a global scale. But we don't have much of value to communicate. If we in the church are "idle talkers" and not doers of love, peace, mercy, and justice, we merely take our places alongside the false teachers of Crete.
They were " deceivers ". Any teaching that adds to or detracts from a basic love for and commitment to Jesus Himself is ultimately deceptive. Titus is told that their " mouths must be stopped." The Greek word used here implies a process of reasoning. Stopping their mouths is not to be a silencing by force or violence but teaching and reason. This kind of silencing may lead to rebuke and admonition, but it's goal is always to produce soundness and wholeness in the faith. And it is so easy to lose sight of this goal when confronting false teachers. If we're not careful, we become more interested in winning the argument than in winning the person. It is our attitudes and motivations that determine the quality of our actions.
Titus 2:1, speaks of the things which are proper for sound doctrine. The most effective antidote to a false teacher is a true teacher.
In Titus 2:2-3, it is clear that the older people in the church are to be leaders and examples to the younger.
Some terms and their definitions.
1) Sober: Clearheadedness in general.Here is the picture of a person who has achieved perspective in life - one who is not under the influence  of outside forces, whether alcohol,money, anger, lust or greed.
2) Reverence: Serious and mature behavior.
3) Temperate: prudent or " sensible " actions followed from best judgments (Romans 7:19).
4) Sound: in faith, in love, and in patience.

The Lord is my shepherd,

I shall not want.

THAT'S SUPPLY!
He makes me to lie down in green pastures.
THAT'S REST!

He leads me beside the still waters.
THAT'S REFRESHMENT!
He restores my soul.
THAT'S HEALING!

He leads me in the paths of righteousness,
THAT'S GUIDANCE!

For his name's sake.
THAT'S PURPOSE!

Even though I walk through the valley of the shadow of death,
THAT'S TESTING!

I will fear no evil,
THAT'S PROTECTION!

For you are with me,
THAT'S FAITHFULNESS!

Your rod and your staff they comfort me.
THAT'S DISCIPLINE!
You prepare a table before me in the presence of mine enemies.
THAT'S HOPE!

You anoint my head with oil,
THAT'S CONSECRATION!

My cup runs over.
THAT'S ABUNDANCE!

Surely goodness and mercy shall follow me all the days of my life.
THAT'S BLESSING!

And I will dwell in the house of the Lord
THAT'S SECURITY!